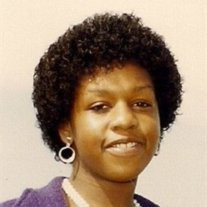 Dierdre (broken-hearted, sorrowful, fear, raging woman) Michelle (who resembles God) Ragston (origin and meaning unknown). In 1961, President John Kennedy was inaugurated as the first President of Catholic background, The Supremes signed with Motown, there was a military coup in El Salvador, the Republic of Rwanda was proclaimed, and Disney released “101 Dalmatians”. Phenomenal events to be sure, yet the most noteworthy yet least noted event of the entire decade was the birth of an incredible little dynamo named Dierdre Michelle Ragston born January 30, 1961, at the City of Angels Hospital in Los Angeles, California to her loving parents Golden and Mitchell Ragston. While it is interesting to note that both parents were listed as Negro under race, a respectful term used to describe Americans of darker skin color, Dierdre’s or “Didi” as she was so affectionately known to family and friends, racial designation was left blank. This proved a foretelling of her sterling character, reject prevailing stereotypes and limitations projected by society and to live by her own code. Didi and the American system of education were often at odds with each other. She would rather attend classes with her friends than in the school with which she was registered leading to earning a diploma in a more non-traditional system. Yet anyone who encountered Didi as an adult would readily attest to her sup exceptional intelligence, her awareness of world events, and her sharp insight into the workings of man with a striking wit to match. She felt an obligation to enlighten the blindness and to eradicate the ignorance of the status quo. She spoke up and out against what she felt was wrong. To whomever came in touch with her, Didi was able if only in a brief moment to touch their lives and more often than not to leave them at least a bit better from having crossed her path. To this her family, friends, co-workers, employers and strangers will attest. Dierdre departs from (temporarily) a proud and loving father Mitchell Ragston, Sr., two admiring older sisters Laiad (Hong Thong) Ragston (husband-Mitchell, Jr.), Aurore Denise Ragston, a plethora of nieces and nephews including Mitchell Ragston, III (Olivia), David Kamil Ragston (Monique), Jailani Goldyn Ragston Lofton (Adriace) and her many “adoptees”. She passes her wisdom, wit, humor, love, and sense of justice and received from her parents to grand nieces and nephews, one of the most highly valued treasures of her life. She is joyously welcomed to her new home by her mother Golden/Goldyn Ragston and brother Mitchell Ragston, Jr.

The family of Ms. Dierdre "DeDe" Ragston created this Life Tributes page to make it easy to share your memories.

Send flowers to the Ragston family.