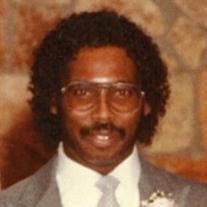 Kenneth Ray Cloud was born on September 14, 1952 to Mr. Willie Burditt and Ms. Otha Mae Cloud in Galveston, Texas. Kenneth affectionately known as KC was nurtured and raised by his grandmother Mrs. Nora Cloud who was know to everyone in the community as “Mama Nora”, in Sealy, Texas. Kenneth “KC” received is formal education in the Sealy Independent School District graduating from Sealy High School in 1972. After his high school graduation he pushed forward to continue his education by attending Prairie View A & M University in Prairie View, Texas and Morehouse College in Atlanta, Georgia. Kenneth confessed his hope and belief in the Lord Jesus Christ as his personal savior at an early age and united with and was baptized at the Saint Paul AME Church in Sealy, Texas. On October 30, 1977, Kenneth was united in holy matrimony with his soul-mate and love of his life Sheron Faye Jackson, this union was blessed with four beautiful and devoted children. During his early adulthood Kenneth worked for the City of Sealy and Peabody Dore for several years before taking the civil service exam and going to work for the United States Postal Service where he was a loyal and dedicated worker for 34 years in the Katy/Fort Bend area until is health failed. KC was well thought of by the residents in the area and highly respected by his fellow postal employees. Kenneth “KC” was sports enthusiasts, and die hard Dallas Cowboys fan, so much so that he sported an open faced gold crown with the Cowboy’s emblem on it that could not be missed because of his gallant smile. He is preceded in death by his parents, Willie & Otha Mae; grandmother, Mama Nora; son Kenneth Jr.; and two sisters Lou Ann and Lee Ann. KC leaves behind to embrace his legacy, celebrate his life and cherish his love and memories his devoted and loving wife of 35 years Sheron; sons: Keaton(LaTonya) Cloud of Stafford, Tx, Cedric Campbell of Houston, Tx and Andre Joiner of Fulshear, Tx; daughters; TonNita, and Kendra Cloud of Houston, Texas and Phaedra(Kirk) Benson of Houston, Tx; stepmother: Bredis Burditt; sisters: Vickie “Sue” Burditt of Dallas, Tx, Regina Banks(Donnell), Marilyn Davis and Gayle Tarver of Sealy, Tx; brothers: Jerome Cloud of Waxahachie, Tx, Kevindale(Dorothy) Tarver and Anthony Tarver of Sealy, Tx; uncles: Sherman, Howard, Wilmer(Ella) Cloud and Harold Burditt of Sealy, Tx; one aunt: Rita Talifarra of Kansas City, Mo.; brother-in-laws: Lloyd and John Jackson of Bellville, Tx, Jerald Jackson of Sealy, Tx and Rev. Derald (Ywanda) Jackson of Houston, Tx; sister-in-law: Brenda (Gerald) Powell of Sealy, Tx.; ten(10) grandchildren: Brendan, D’Monay, Trevon, Tatyanna, Zayvion, KeAndre, A’Shawnte, Cedric, Kayla and Jayshawne; five(5) godchildren: Ervin Starks, Robert and Daisha Campbell, and Paige and Danielle Gomez and a host of nieces, nephews other relatives and friends.

Kenneth Ray Cloud was born on September 14, 1952 to Mr. Willie Burditt and Ms. Otha Mae Cloud in Galveston, Texas. Kenneth affectionately known as KC was nurtured and raised by his grandmother Mrs. Nora Cloud who was know to everyone in the... View Obituary & Service Information

The family of Kenneth Cloud created this Life Tributes page to make it easy to share your memories.

Send flowers to the Cloud family.