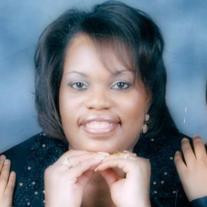 The Honorable Dr. Kimberly Walker-White, a Proverbs 31 woman. Kim was born May 11, 1967 to the late Rev. E.P. Walker and Mrs. Cleola Walker. Kim initially was a shy child until she met her 5th Grade teacher, Mrs. Verna Mae Jones. Mrs. Jones saw “the light” and leadership abilities that Kim had. Kim went on to win numerous oratorical awards. She graduated from Prairie View A&M University receiving a Bachelor of Arts in History. She followed her parents and began her teaching career in Richards, Texas in the North Forest ISD and later in Waller, Texas. Kim wanted to do more for children and became Chief Investigator for Children’s Protective Services. Education was important to Kim. She lived by the quote from Dr. Martin Luther King – “Education plus character is the goal of true education.” Kim later went back to school and received a masters of Arts in Counseling and a Master of Science in Marriage and Family Therapy. Her dream was to receive her doctorate degree which she did in 2005 in Educational Counseling from Madison University. She graduated Magna Cum Laude of her class. In the fall of 1991 she met and married Keith White, Sr. and to this union two adorable and talented children were born and she referred to them as her little blessings: Keith Edwin White, “my little Mancboo” and the doll she always wanted, Kaylon Nichole White. Kim had a divine calling on her life to preach the Gospel. Through her ministry thousands have been healed and delivered. She became “Mama” to many and offered her advice as the Lord led her. She has been employed at her alma mater, Prairie View A&M University as an Academic Counselor. She later became Program Manager with fifty-four employees under her supervision providing counseling to Hurricane Rita and Hurricane Katrina victims. Kim then returned to school counseling at her home school in Waller ISD, working with former teachers and a wonderful principal, “my brother from another mother.” Her love and compassion was shown to each and every child she came in contact with. She often stated, “God placed me in their lives.” Kim was awarded for her educational accomplishments as Woman of the Year (Top Ladies of Distinction); Minority Achievers Awards (YMCA); Leadership Cambridge Women of Excellence Award (Waller District #2). Kim’s ministry afforded her the opportunity to travel across the country spreading God’s Word. She rose to the ranks of State Evangelist for Texas Southwest Church of God in Christ Jurisdiction. Kim was a community Activist and served two terms as a City Council Member for the Prairie View City Council and Alternate Judge. Her goal was to run for State office. Kim is a lifetime member of Alpha Kappa Alpha, Inc. Kim accepted Christ at an early age under the leadership of her father at Greater First Baptist in Anderson, TX. Throughout her many years of serving the Lord, she was associated with many church including Mount Corinth Baptist Church, St. Peters Baptist Church, and Bailey Chapel COGIC. Kim had an unusual prophetic anointing on her life. Her sense of humor and loving spirit made everyone she met feel comfortable. She loved her family and her church family. A devout interceder, she prayed for everyone. She recently became a member of Christ Temple of Deliverance COGIC in Missouri City, TX under the leadership of Dr. Destry Bell, Sr. Kim is preceded in death by her father, the late Rev. E.P. Walker. She leaves to mourn, her children, Keith and Kaylon, her mother Cleola Walker, sister, Vanessa Miller (Kenneth), nephew, Kennedy Miller, which she loved as her own and referred to as her own, and niece Karly Miller, her Godmother and Spiritual Mother, Missionary Evelyn Jordan, special friends, Missionary Chandra Kelly and Missionary Stephanie Hendrix, God-daughter, Stacy Kelly(Steve), Maudie King, Louise Morgan, other family members and friends, Waller ISD, PVAMU, the Bailey Chapel COGIC family, the Christ Temple of Deliverance COGIC family, TX Southwest Jurisdiction, and all the students that she mentored.

The family of Dr. Kimberly Walker-White created this Life Tributes page to make it easy to share your memories.

Send flowers to the Walker-White family.