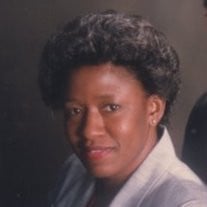 Willie was born August 19, 1945 in Live Oak Community to William Franklin and Reginald Wilhelm Law. She was the fifth child of thirteen, and was raised in a loving Christian home. Willie Singleton was baptized at an early age at Vine Grove Christian Church. Willie accepted Christ into her life at an early age and furthered her love for the Lord by serving as a member of Bethlehem United Methodist Church in Hempstead, Texas. She served faithfully on the usher board for several years. She graduated with honors from O.H. Herman High School in Van Vleck Texas, class of 1963, and furthered her education at Prairie View Agriculture & Mechanical College. While attending Prairie View, Willie was on the track team where she emerged as a super star and won many honors under the leadership of the great Barbara Jacket. Willie received her certification in Secretarial Science and graduated with honors in 1970. She went on to receive her Bachelor of Science in Business Administration in 1980. Willie’s love for Prairie View led her to accept a position as an Administrative Assistant for the director for the Office of Student Financial Aid. She held that position for 34 years until her retirement in 2004. While employed at Prairie View, Willie met the love of her life, Leroy Singleton. They were married on April 25, 1977. To that union a cherished child was born named Gerard. After her retirement and her son’s graduation from college, Willie worked alongside her husband Leroy at Singleton & Sons Funeral home to create the phenomenal and professional corporation that they have today. Willie and Leroy loved to travel and vacationed often. Very active in politics, Willie was treasurer for her husband’s many campaign successes. Willie loved her family and arranged for many family outings. Eating out at Pappadeaux’s and Sho-Gun restaurants, going to her son’s home and hanging out with he, his wife Valerie and her granddaughter Hailey along with all of their friends at the many crawfish-boils that they had were some of her highlights. At 11:00 a.m. every weekday she was sure to be found glued in front of her favorite TV shows “The Young & the Restless” and “The Bold & The Beautiful.” Her other past times included attending the annual Prairie View A&M University Homecoming parade and Men and Women’s Basketball games, and playing “Spades” with her sister Bobbie as her partner, and she was “great”! The Lord whispered in Willie’s ear and asked her to come home on Tuesday, December 10 at 11:45 a.m., while peacefully resting at M.D. Anderson Hospital with the two most precious men in her life, her beloved Leroy and Gerard, who were both right there by her side. Willie is preceded in death by her parents William and Reginald Franklin, and her sisters Gloria Fobbs and Billie Faye Franklin. She also leaves to cherish her memories, her husband Leroy Singleton, son Gerard Singleton and his wife Valerie, a granddaughter Hailey Singleton, five brothers, Curtis Franklin (Arlene) of Bay City, Texas; Gilbert Franklin (Eliza) of Brazoria, Texas; Wilbert Franklin of San Francisco, California; Harold Franklin (Marquiece) of Baltimore, Maryland; Frank Franklin of Bay City, Texas; six sisters Blanche Johnson (Eugene) of Bay City, Texas; Betty Fields of Fairfield, California; Barbara Johnson of Cedar Lane, Texas; Angel Franklin of Missouri City, Texas; Jerald Dean Craft of Baytown, Texas; and Dina Burton (Odell) of Houston, Texas; very special niece Adrinne Turner and very special friends James & Gloria Thompson, Alisa Haywood, Alene Williams, Caroline Stevenson and a host of nieces, nephews and friends.

Willie was born August 19, 1945 in Live Oak Community to William Franklin and Reginald Wilhelm Law. She was the fifth child of thirteen, and was raised in a loving Christian home. Willie Singleton was baptized at an early age at Vine Grove... View Obituary & Service Information

The family of Mrs. Willie E. Singleton created this Life Tributes page to make it easy to share your memories.

Send flowers to the Singleton family.